APPLYING KNOWLEDGE AND UNDERSTANDING:
To identify the theorems and techniques to apply to the given problems and execute computations correctly.

MAKING JUDGEMENTS:
To understand mathematical concepts for the given problems and to divide them into smaller problems that can be solved with the knowledge obtained during the course.

COMMUNICATION SKILLS:
To frame the problems in the obtained concepts, express the logic and general facts that are used during the computations.LEARNING SKILLS:

To know precisely basic mathematical concepts and apply them to some simple examples in physics. 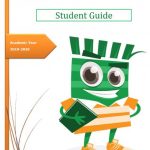